At the Dar es Salaam railway station the boarding platform was a sultry with wet air and bad attitudes.  Pushing, juggling infants, sneaking past the gate guards, and knocking down police barricades was fair game for 3rd class passengers of the Tanzanian Railways Corporation’sservice from Dar to Kigoma.  The trip is just over 1200km.  The cost is 40,000 Tanzanian Shillings (about 36 USD).  And took 45 hours (that was with no mechanical problems.  Average speed: School Zone (20mi/hr).

Scarlett and I were not traveling 3rd class though, which is bench seating.  Unless you don’t get a seat, in which case there is the floor.  But then that filled up, so naturally there are some people standing.  But that is tiring, so by the end of the trip we were finding passengers in interesting locations.  One guy was sleeping in the luggage closet, on top of all of the luggage.  One person was sleeping in the toilet (just a hole in the floor of the train) which was also being used as sugar cane storage.

This women pulled up a chair to find a breeze next to the window.

We were in 2nd class.  Which means we were in gender segregated rooms with sleeping cots of 6 people.  (See previous post for pictures).  However more people always ended up in our rooms as 3rd class cars could be seen physically bulging with so many passengers and cargo.

So the train ride lasted for 45 hours, leaving serious time for reflection on the joys of train rides.  We had plenty of time to learn some Swahili, and even met a fellow backpacker named Carmelo who is really into visiting national parks wherever he goes.  Watching the scenery, climate, and geography change and all the cool changes people make to adjust to these different environments (such as types of houses, transport, and dress).

But what I found the most telling about the train and its origins was that every stop, no matter how insignificant, had a German built station house almost 100 years old.  Before Tanzania was Tanzania (which is a portmanteau of Tanganyika and Zanzibar which were brought under common government in the late 1960’s)  it was Tanganyika.  Tanganyika was a German colony, until after WWI to whence the victors (the British) went the spoils (land and the people that lived there).  But the Germans managed to finish most of the railroad before they were removed, which is probably one of the reasons it is running today…even though the TRC is plauged by mechanical problems, track disrepair, and lack of funds. 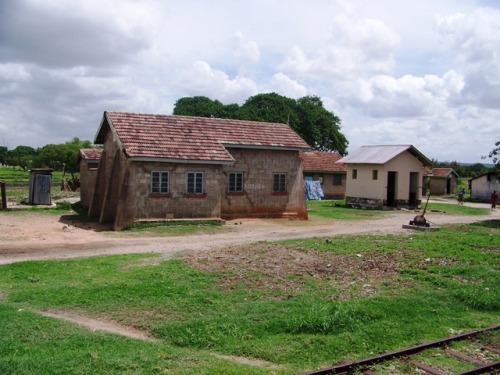 There are 3 classes on the train: 1st (with 2 beds), 2nd (with 6 beds), and 3rd (every person for them self).  If I took this train again I’d opt for 3rd class, just for the experience.  There was a surprising absence of livestock on the train.  I only saw the odd chicken. 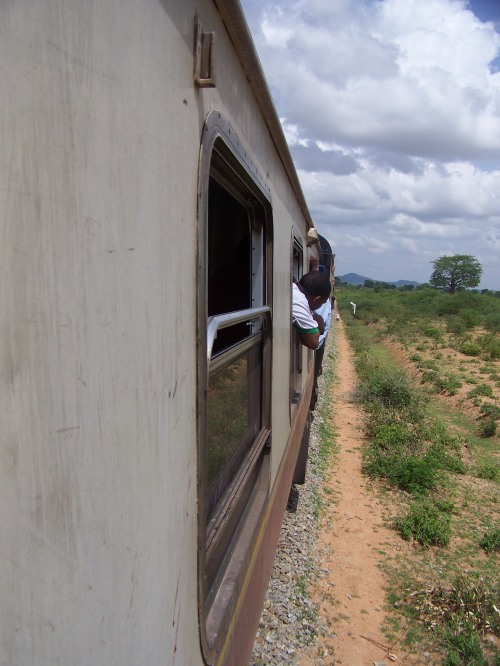 Hanging out the window was my favorite train-based activity

This entry was posted in Good People, Travel, What Foreigners Do in Africa. Bookmark the permalink.

5 responses to “Train Across Tanzania”